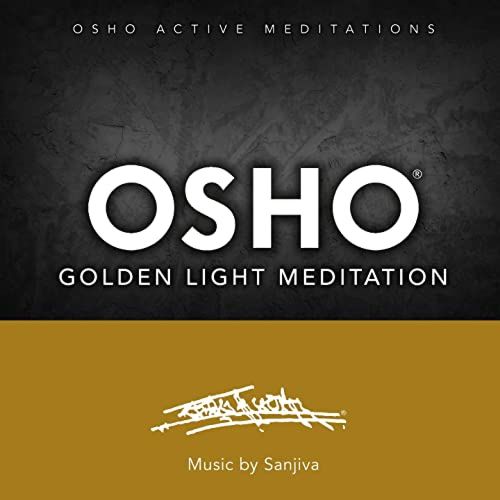 Music for Meditations
$0.00
In stock
A twenty-minute technique to cleanse the body and awaken your creativity.
Add to Wish List
This is a simple method of transforming your energy and leading it upwards. It is best done at least twice a day, for twenty minutes each: in the morning just before getting out of bed and in the evening just before going to sleep.

Meditation Instructions:
Simply lie down, as you are lying down in your bed, on your back. Keep your eyes closed.
When you breathe in, just visualize great light entering through your head into your body, as if a sun has risen close to your head – golden light pouring into your head. You are just hollow and the golden light is pouring into your head, going?going?going?deep?deep, and going out through your toes.
When you breathe in, do it with this visualization.
And when you breathe out, visualize another thing: darkness entering through your toes – a great, dark river entering through your toes, coming up and going out through the head. Do slow, deep breathing so you can visualize. Go very slowly.
To repeat: breathing in, let golden light come into you through your head, because it is there the Golden Flower is waiting. That golden light will help. It will cleanse your whole body and will make it absolutely full of creativity – this is male energy.
Then when you exhale, let darkness, the darkest you can conceive, like a dark night, river-like, come upward from your toes – this is feminine energy: it will soothe you, it will make you receptive, it will calm you, it will give you rest – and let it go out of the head.
Then inhale again, and golden light enters in.

Details
A twenty-minute technique to cleanse the body and awaken your creativity.
Osho talks about Golden Light Meditation:
"The Golden Flower is the light. One uses the Golden Flower as a symbol. The phrase ‘The lead of the water-region has but one taste’ refers to it.

"The golden flower is a symbol, the symbol of when your energies are no more dual and have become one: great light is released, and the light is golden. It is as if a flower of golden light has opened in you. And it is not just a symbol. It is a symbol but it is almost literally true; it happens exactly like that. Right now you exist as a darkness, as a dark night. Then you exist as a sunrise. You cannot see the sun anywhere but the light is there. There is no source to it – it is a sourceless light. But once you have known that golden light in you, you have become an immortal. Then there is no death because the light never dies.

"The whole life, the whole existence consists of nothing but of light – all are forms of light. You can ask modern physics too, and modern physics is in perfect agreement with Tao, that all is light; forms go on changing, but thelight continues. Light is eternal.

"Many scriptures of the world begin with the word light. ‘;In the beginning God said, ‘Let there be light’.’ That is the beginning. If there had ever been a beginning, it cannot be otherwise; it had to have been with light. But there has never been a beginning; this is just a parable! Light has existed always. The Koran says God is light. One of the names of God given by the Sufis isNoor. Noor means light.

"The work on the circulation of the light depends entirely on the backward-flowing movement, so that the thoughts are gathered together. The heavenly heart lies between sun and moon."