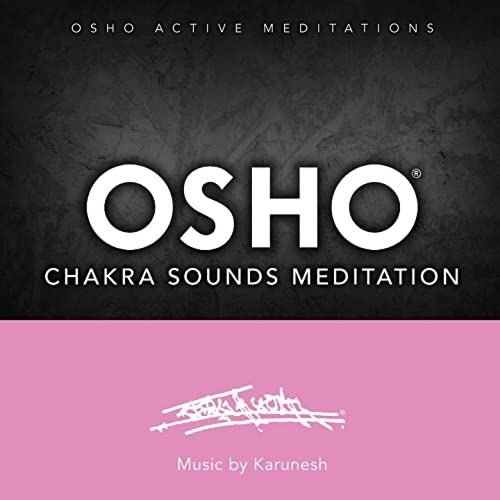 Music for Meditations
$0.00
In stock
This method uses vocal sounds made by the meditator along with music to open and harmonize the chakras while bringing awareness to them.
Add to Wish List
The technique can bring you into a deep, peaceful, inner silence either through making your own vocal sounds or by just listening to and feeling the sounds within you. It can be done at any time.

Details
This method uses vocal sounds made by the meditator along with music to open and harmonize the chakras while bringing awareness to them.
Osho talks about using sounds:
"Now as I said before, each word has a pattern of its own. When we use a certain word a particular pattern forms within the mind. If someone meditates on aum, when it resounds on the fourth plane the corresponding picture will begin to manifest within. This is how all seed mantras were discovered. When the resonance of a particularchakrais caught by a meditator in meditation, the seed mantra of thatchakrais revealed. This is how these seed mantras have been formed, and aum is the ultimate seed. It is not the seed of any particularchakra;rather, it is the symbol of the seventh which is the infinite or the eternal.

"Now if we examine the findings of Roman or Arabic seekers, we find that the note ‘m’ is invariably mentioned. Some carry ‘a’ along with ‘m’ but ‘m’ is certain. This is because ‘a’ and ‘u’ are very subtle, and thus they are difficult to catch. So the first part of the word slips from our attention and only the latter part is heard. Therefore, when the sound of aum begins to resound within, the ‘m’ in it is easily caught. If you sit in a closed room and chantaum the precedingsoundswill give way to the sound of ‘m’ Thus, ‘a’ and ‘u’ become completely inaudible, and it is the ‘m’ that resounds everywhere. So meditators then came to the conclusion that the note ‘m’ is certain, while that which precedes was not quite clear. The difference is only one of hearing, but wherever a search has been made in this direction something or other of this word has been grasped by meditators. When an extensive research is carried out – for example, if a thousand scientists carry out the same experiment and get the same result, then its validity is proved."

Osho, In Search of the Miraculous, Chapter #17

First stage: 45 minutes
Stand, and begin breathing into your belly. While listening to the music, start making sounds in the first chakra, through your mouth. When the music changes, listen, feel and make sounds in the second chakra. This process is repeated up to the seventh chakra, the sounds becoming higher in pitch each time. Then, as the music descends, go down through the chakras. This upward and downward movement of sound is repeated three times.

Second stage: 15 minutes
Sit or lie down and be still.
More Information