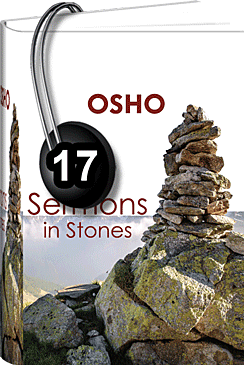 The Poetry of the Feminine

$1.99
In stock
"It is the long condemnation of feminine qualities that has gone deep into the blood and the bones of women. It is man's conspiracy to prove himself superior to women – which he is not...."

Details
"It is the long condemnation of feminine qualities that has gone deep into the blood and the bones of women. It is man's conspiracy to prove himself superior to women – which he is not...."
Osho continues:
"Great jealousy arises in the egoist, male chauvinist mind. He has done with women what Machiavelli suggests to the politicians – marriage is politics too. Machiavelli suggests that the best way of defense is offense, and man has used the idea for centuries – centuries before Machiavelli recognized it as a basic fact in all political spheres.

"Wherever there is some kind of domination, offense is certainly the best way of defense. In defense, you are already losing ground; you have already accepted yourself as the defeated side. You are just protecting yourself.

"In India, hundreds of invaders have come – small groups of invaders but they conquered this vast country, which is a subcontinent, it is a world in itself. By the end of this century, one man in every four will be Indian. It is one-fourth of humanity.

"In this country, there are religious scriptures like Manusmriti, five-thousand years old, and they suggest that if you want to have peace in your house, giving a good beating to the woman once in a while is absolutely necessary. She should be kept almost imprisoned. And that's how she has lived – in different cultures, different countries, but her imprisonment has been almost the same. And because man wanted to prove himself superior…. Remember, whenever you want to prove something that means you are not that thing.

"The real superiority has its own magnetic force. Because men condemned woman – and they had to condemn her to keep her in control – they reduced her almost to a subhuman category. What fear must have led man to do this? – because it is sheer paranoia….

"Man continuously compares and finds the woman superior. For example, in making love to a woman, a man is very inferior because he can have only one orgasm at a time while the woman can have at least half a dozen, a chain – multiple orgasm. Man simply feels utterly helpless. He cannot give those orgasms to the woman. And this has created one of the most miserable things in the world: because he cannot give a multiple orgasm, he has tried not to give her even the first orgasm."
More Information