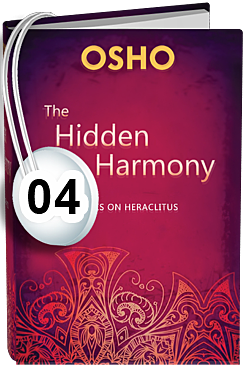 God as a Person Is Just Foolish

$1.99
In stock
"God is not a person. Because man has always taken God as a person, a thousand and one difficulties have arisen. All the problems that theology deals with are simply futile exercises – and the..."

Details
"God is not a person. Because man has always taken God as a person, a thousand and one difficulties have arisen. All the problems that theology deals with are simply futile exercises – and the..."
Osho continues:
"And men differ, that's why there are so many gods in the world.

"It happened that when for the first time Christian missionaries reached Africa, they were in trouble – because they painted God as white and the Devil as black, and the Negroes felt very much offended. They wouldn't listen to them, because from the very beginning the image was in conflict. Then one missionary simply got the idea: he changed the colors. He made God black and the Devil white, and the Negroes were very happy – they could accept. A Negro is bound to paint his God in his own image, a Chinese in his own, an Indian in his own. We paint God as our own reflection – of course, perfect – but your image cannot be God. You are just a part, a very tiny part, one atom in existence. How can the whole be conceived in the image of the part? The whole transcends the part, the whole is infinitely vast. If you cling to the atom, if you cling to the part, you will miss the whole.

"God is not to be conceived in your image; rather, on the contrary, you have to drop your image, you have to become imageless. Then, and only then, you become a mirror and the whole reflects in you.

"As man has been seeking more and more, this has become clearer and clearer – that God as a person creates troubles, because then you are always in conflict with other gods. That's why the Jewish god, the Hindu god, the Mohammedan god, the Christian god exist. This is sheer nonsense! How can God be Christian or Hindu or Mohammedan? But there are different gods because Jews have their own idea of god, Hindus have their own idea of god, and the conflict is bound to be there. Hindus think that God speaks the Sanskrit language; the English always think that he is an English gentleman.

"It is said that one German and one Englishman were talking, and the German said, 'We plan in every way, but why, every time, are we defeated?'

"The Englishman said, 'You have to be defeated, because whenever we start fighting, first we pray to God and he looks after us."
More Information